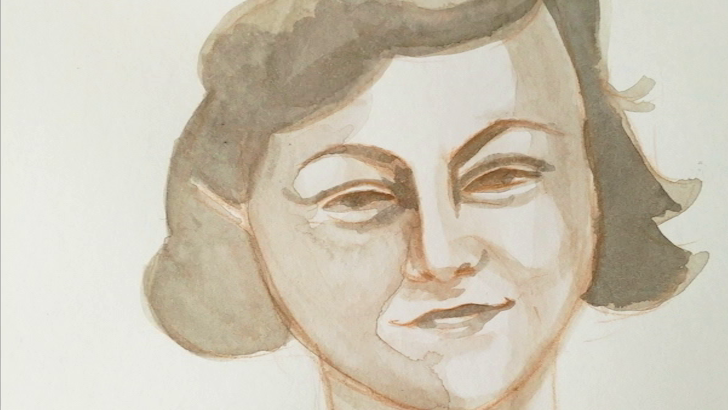 75+1 years of liberation. Also with C.S.G. Gica we stand still and commemorate.

Last year we rehearsed ‘Annelies’, a piece by James Whitbourn (about the life of Anne Frank) for the 75th anniversary of the liberation of the Netherlands. We have recorded part of this piece, the poem ‘Der Winter ist vergangen’, as Virtual Choir.

In collaboration with the poet Paul Marius Borggreve, we went in search of a ‘Groningen Anne Frank’. In doing so, Mr. Borggreve came across the story of Selma van Hasselt, a young woman who committed herself to the resistance and unfortunately died at the age of 24 in camp Malchow.

Mr Borggreve has written the beautiful poem ‘A horrible tidings’, inspired by the life story of Selma van Hasselt. The story and poem, supported by beautiful illustrations by Sanne van Veen, can be found in this special version of the Virtual Choir (note: the poem is in Dutch).

The implementation of this project was made possible in part by the Vfonds, the Municipality of Groningen and ’75+1 years of freedom in Groningen’. Thanks to De Verhalen van Groningen and VRIJDAG Advies.

Gica is a friendly student choir from Groningen. The choir has been around for fifty years and during that time has sung a wide variety of classical music. The name Gica is an abbreviation of Gaudete In Cantando (rejoice in singing), and that's what we do: every Thursday evening and during the two or more concerts we give each year.
Go to mobile version